WE HAVE A BRACKET

It’s Monday, I’m sorry. Welcome to The Next’s Daily Briefing, featuring… well frankly, just featuring Yesterday’s Recap. Day 124 of college basketball is here… on Wednesday, because we’ve got a couple days to recoup from the craziness of the past couple days. Yesterday saw Texas throttle Baylor for its first conference title of any kind in 19 years, thanks to Rori Harmon and a healthy dose of drawing charges. But more importantly, we have ourselves an NCAA tournament bracket! Behold! 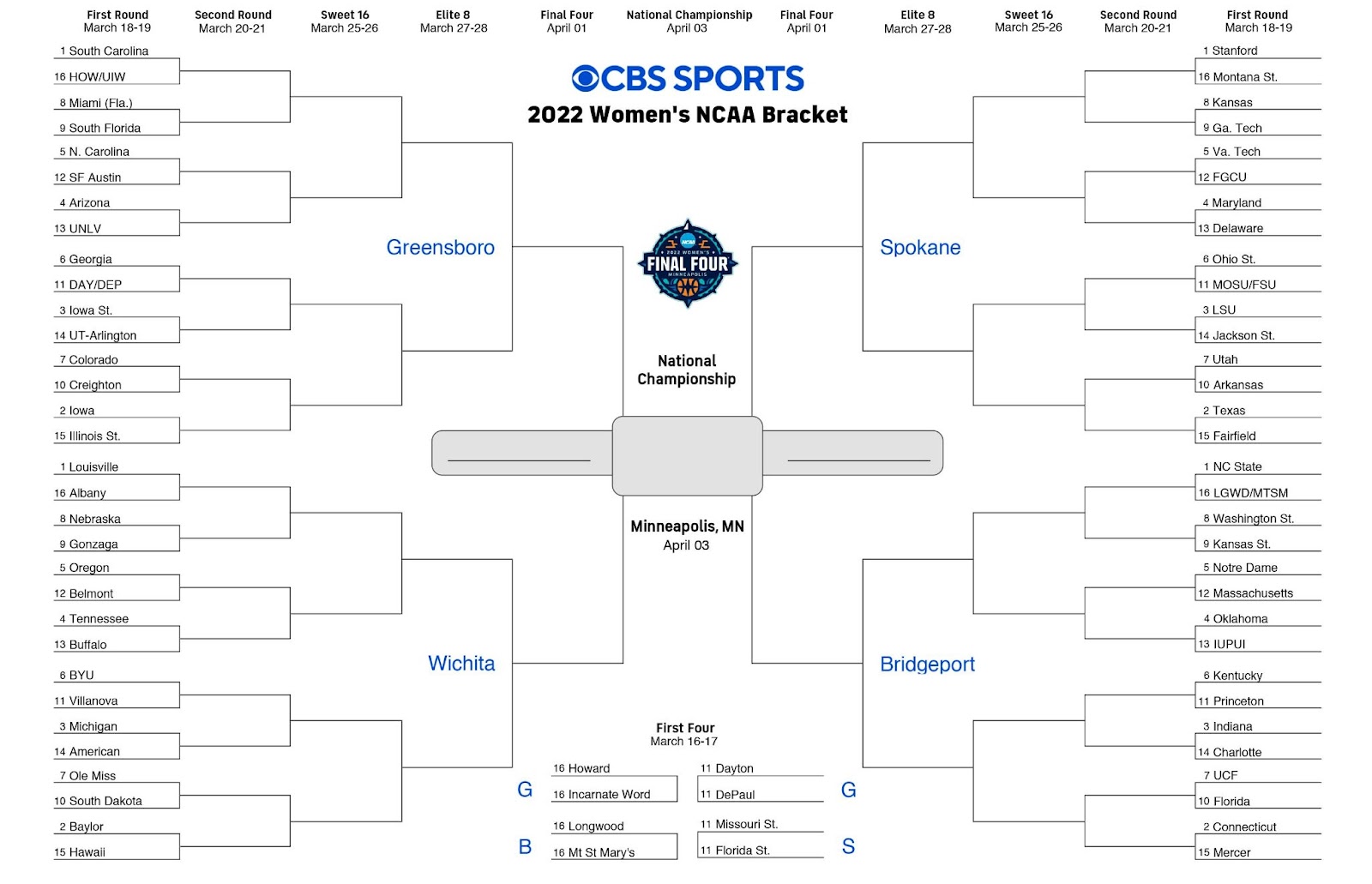 It’s mostly what I expected, frankly, besides the inclusion of DePaul and Missouri State and the exclusion of Northwestern. Remember how confident Missouri head coach Robin Pingeton was that the Tigers would get in?

Elsewhere, the MVC, Colonial, Patriot, Southland, and NEC all wrapped up their tournaments.

(All rankings below reflect tournament seeding)

#4 Illinois State beat #3 Northern Iowa, 50-48, for its first MVC tournament title since 2008. The Redbirds led for a total of 1:35 between the early second quarter and their go-ahead layup with less than two minutes remaining.

This was the first MVC tournament championship without at least one of Missouri State and Drake since 2013.

#2 Delaware beat #1 Drexel, 63-59, for its first conference title since 2013. The Blue Hens led by as much as 17 in the late third quarter. Wing Jasmine Dickey led with a 27-point, 18-rebound double-double on 9-for-22 from the field (3-4 3pt.) and 6-for-9 from the line with nine offensive boards, three assists, two steals, and three turnovers without sitting.

#2 American beat #4 Bucknell, 65-54, for its third conference-tournament title in the past eight years.

Em Adler (she/they) covers the Seattle Storm and college basketball for The Next, while also writing for The Chronicle, Duke's independent student paper